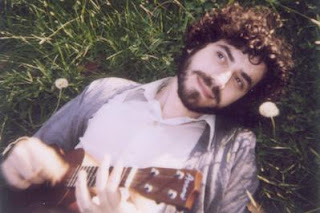 Today we’re bringing your the first of our interviews with acts playing at this year’s festival. If you’d like to ask a question to any of the bands on the bill, please drop us a line and we’ll be happy to ask on your behalf!

Cineplexx is the unique musical creation of Sebastian Litmanovich – an Argentine graphic artist and musician, who currently calls Barcelona home. "The Velvet Underground was the first band that really blew my mind… and I've been a fan of ABBA ever since I was four," he admits.

Hi Sebastian, tell us a little bit about Cineplexx

Cineplexx is a one person band that is me. Back in Buenos Aires (Argentina) were I was born, I had started using this name and recording music since 1996. At that time it was Cineplex (with one 'x' only) but when Caipirinha Music (NYC) released my second album Posologia (1998) they asked me to change the name for legal reasons in the USA, so adding one 'x' was the solution. After three albums and lots of concerts I moved to Barcelona (were I live) in 2002 and continue recording and releasing albums.

Originally I wanted to create music for films, landscapes with psychedelic and oniric layers, so I was labelled immediately as an electronic musician. That was good at the time because that was supposed to be trendy! But there were always songs and pop melodies.

I had recorded seven albums, a few singles, lots of collaborations and remixes for other artists, and been part of many compilations. I also made a fake documentary about a paranormal story, which I wrote and directed under the name Cacahuetes Inc. and performed the music for it live at Sonar Festival back in 2005.

As a solo musician, I love and need to collaborate with other musicians to go far from my own musical world and be influenced by others, I was very lucky to work with some of my favourite artists like Duglas T Stewart, Lupe Nuñez (of Pipas and Amor de Dias), Ally Kerr, Norman Blake, Jad Fair, Federico Aubele, The Wellgreen, Cathy Claret and playing at Indietracks 2010 Felt Tips and Onward Chariots.

My latest album is Nuevahola (Cherry Red, 2009) and is a compilation of rare, unreleased and b-side songs from my albums with two new songs.

Wow, lots of bands then! Do you have any exciting plans for the rest of the year?

Yes lots! In May Cherry Red Records is releasing a single of Tiger Trap (a lovely song co-wrote and sung by Duglas T Stewart) with two extra unreleased songs in it, and also all my albums will be released digitally on June 28th. Besides these releases, I am finishing a new album with lots of collaborations with other musicians and friends.

Do you have any particular skills, hobbies or claims to fame you wish to share?

I love to cook vegetarian dishes, bread and watch lots of films.

Yes! I will have Miguel of Felt Tips playing guitar in my set, and I will sing one song with Onward Chariots since we composed this one together for a compilation out on Eardrums. My set will be a solo acoustic set with versions of songs from all my albums.

Okaaaay, so you've hopefully seen that we've announced lots of the bands and the early bird tickets for this year's festival. That means it's also now time to bring the Indietracks blog out of its winter hibernation! Between now and the festival in July we'll be posting up news, interviews, the occasional quiz and other random gossip and silliness that vaguely relates to the festival.
Today, we're pleased to bring you the first of a series of free podcasts, which include interviews and music from last year's festival. They've been put together by Josh Morris from Xpress Radio at Cardiff University. If you were at the festival last year you may well have been interviewed by Josh or wondered who the guy with the microphone talking to bands in the signal box was!

The first podcast has an interview with last year's Friday headliners Au Revoir Simone, as well as Downdime, Loyal Trooper and some happy campers. Also, spookily (as this was recorded last year), the podcast also features an interview and music from Be Like Pablo, who are appearing at the festival this year. You can download it free from: http://www.mediafire.com/?zvqgo3vmcja

We'd love it if you'd like to send us any features to put on the blog. Perhaps you've come along to (or played in a band at) a previous Indietracks and would like to send us your memories or share a video? Or you may want to write a festival survival guide, an interview with one of the bands, a quiz or competition, or a picture bingo game (we're not really sure what this is, but think it means things to spot at Indietracks, with points allocated on a scale depending on likelihood of seeing them). Also, any funny pictures of llamas or other animals from the farm on the festival site are always appreciated!

If you'd like to send us anything, please email indietrackspress@gmail.com

The Pains Of Being Pure At Heart to headline Indietracks 2010

We're thrilled to say that the Pains Of Being Pure At Heart will headline this year’s Indietracks Festival. The festival will take place on 23-25 July 2010 at the Midland Railway in Butterley, Derbyshire, and tickets are onsale from today.

We're so excited that The Pains of Being Pure At Heart have agreed to come and play at Indietracks this year. The New York band are the most talked about indiepop bands in years, playing brilliantly-executed pop gems that blend the rush of youthful enthusiasm with buckets of guitar noise. We can't wait to see them at the festival!

They'll be joined by John Peel favourites Ballboy, UK chart-toppers White Town, and this year’s two new indiepop sensations Standard Fare and Allo Darlin’. Over 40 bands have already been confirmed for the festival, and more will be added shortly. The full list is available at http://www.indietracks.co.uk/

Hope to see you in July!
Posted by Indietracks at 10:14 No comments: 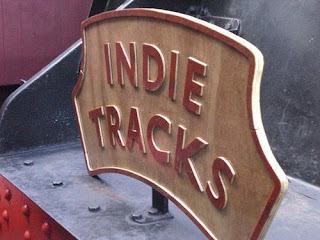 We’ll be making a very exciting ticket and headliner announcement about this year’s Indietracks next week on Tuesday March 23, so make sure you keep checking the official website for more information! 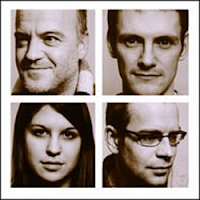 Hello everyone! We've just about recovered from the wonderful weekend that was London Popfest, and seeing all those brilliant bands has made us even more excited about this year's Indietracks! We can now announce the first few bands to be added to the line-up.
They are: Allo Darlin', Ballboy, Boy Genius, Cineplexx, Foxes!, The Just Joans, The Loves, MJ Hibbett & the Validators, Sarandon, Shrag, The Smittens, Standard Fare, The Sunny Street and White Town. Woo! You can read more about the bands on the Indietracks artist page.

Of course, we've still got tons more bands to announce, so do look out for announcements on here, as well as on our website, Facebook page, MySpace and Twitter. And don't forget, you can also join our mailing list.
Tickets will be on sale shortly, and we hope to be able to announce more details very soon!
Posted by Indietracks at 21:18 No comments: