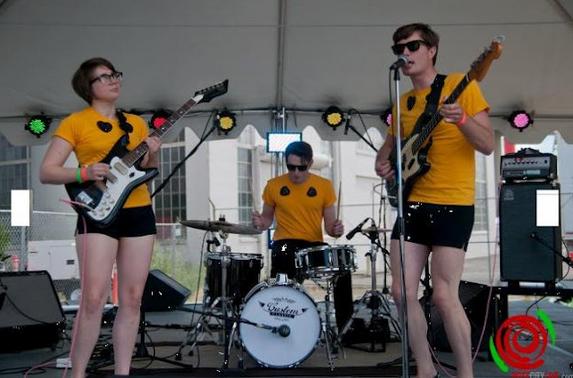 Each year, once we begin announcing bands, we like to help bands who are playing the festival to get in touch with gig promoters so they can set up other shows around the time of the festival. It makes it all the more worthwhile for many bands to play a few gigs, especially for those visiting from abroad. It also means promoters have access to bands who wouldn't normally be in the country or playing very regularly!

Those speedy folk at A Layer Of Chips have already announced that Orca Team (pictured above) will be playing an Indietracks warm-up in Nottingham on Thursday 5 July.  Hopefully we can help arrange lots of gigs like that across the country for this year’s crop of Indietracks bands.

If you would like to be listed on our website as a promoter interested in putting on one of more of the bands, just email Emma at indietracksonline@gmail.com with the name of the event you promote, your town or city, and your email address. It would also be useful to know if you have any existing slots to fill near the time of the festival, which takes place on 6-8 July.

We’ll be listing all the interested promoters and available bands on this page as we go along. You can find all the info here: www.indietracks.co.uk/shows.html
Posted by Indietracks at 11:35 No comments: 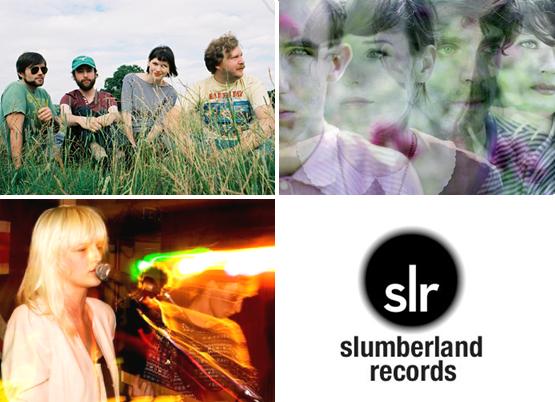 Indietracks is to collaborate with American indiepop label Slumberland Records for this year’s festival, which will take place on 6-8 July.

Allo Darlin and Veronica Falls are amongst the first bands to be announced as part of the partnership with Slumberland Records, who will help curate the outdoor stage. Other Slumberland artists confirmed so far include The June Brides, Tender Trap, Evans the Death, Gold-Bears and Sea Lions.

Other bands announced today are Bart Cummings (of The Cat's Miaow) with Pam Berry of Black Tambourine, Tigercats, The Hobbes Fanclub, Language of Flowers, Colour Me Wednesday, Orca Team, Doggy, The Sunbathers, and The Birthday Kiss. You can read more about all the bands on our website's Artists page. Around 50 bands will play at the festival in total, and we'll announce lots more shortly.

Mike Schulman, founder of Slumberland Records, says: "When we were asked to help curate this year's Indietracks festival we were delighted! Indietracks has a global reputation for supporting a diverse range of top-notch indiepop bands, and their aesthetics are right in line with ours. We've long looked forward to bringing some Slumberland flavour over to the UK, and Indietracks is the perfect opportunity."

Allo Darlin began as a vehicle for the solo songwriting exploits of Australian Elizabeth Morris, who moved to London in 2005 and began performing and recording as The Darlings. The band extended their line-up in 2009, became Allo Darlin, and released their self-titled debut in 2010. Regularly championed by BBC DJ Steve Lamacq, they have variously been described as “classic indie pop” and “fully formed talent at the first attempt”. Their second album Europe is due to be released on Fortuna Pop! and Slumberland Records
later this year.

Veronica Falls are a four-piece indiepop band comprised of former members of The Royal We and Sexy Kids, formed in 2009 in London. Their self-titled album, released in 2011, was met with widespread critical acclaim on both sides of the Atlantic from the likes of BBC6 Music, Clash, The Guardian and Pitchfork.

Tickets are available now by calling the railway direct on 01773 747 674 or visiting:
www.instantticketseller.com/midlandrailwaycentre

See you in July!
Posted by Indietracks at 19:00 No comments:

Just a quick message to let you know that we're planning to make an announcement about bands soon, hopefully in the next week or so!