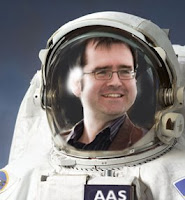 Greetings from THE FUTURE! I'm sending this from Indietracks 2057, where we're celebrating the 50th Anniversary of The Nation's Favourite Festival!

A few things have changed since your time - ever since the rail network was completely rebuilt the Midland Railway has become a Car Museum. Every weekend, volunteers get together to restore old 4x4s and children come to gaze in wonder at the strange transports of the past. Similarly, there's now an area for The Campaign For Real Lager, where you can try out the strange, gassy liquids that our fore-fathers seemed to enjoy. Put down that pint of Ale and try a taste of history!

Some things are still very much the same though. The food is still fried, the church stage is still really hot (although it's now expanded into a Corrugated Cathedral) and, of course, the bands are still GRATE. Sir Peter Green, First Lord Of The Admiralty, is playing on Saturday afternoon and there's a stand-off between Pocketbooks (UK)and The Original Pocketbooks on Sunday.

I'm hoping to have an impromptu set on one of the Antique Lorries,which will be driving to Butterley and back every hour or so, and I've still got a few copies of "Regardez, Ecoutez et Repetez" left if anybody wants one - if I'd known CDs would turn out to give you Swine Flu back in 2009 I wouldn't have made so many!

Thanks Mark! Hmm, makes you think doesn't it? Let's hope steam train enthusiasts haven't died out by 2057, or Indietracks could be looking very different!

MJ Hibbett will be playing at this year's festival, and his fantastic new album "Regardez, Ecoutez and Repetez" is available now to order. To quote the man himself, it's GRATE! "Being Happy Doesn't Make You Stupid", one of our fave tracks from the album, is now available as a free download - make sure you have a listen!

In the meantime, do check out the hilarious video for MJ Hibbett's "Do the Indie Kid", which is also on the album:


And, just because it's one of our favourite ever MJ Hibbett songs, here's the video for Gay Train:

You've got to love those cuddly animals!

Anyway, next up: Ste McCabe talks about his one-man mission to provoke the Daily Mail....
Posted by Indietracks at 17:27